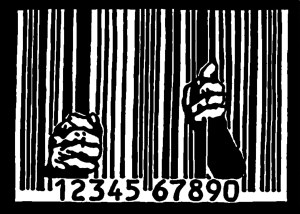 More alarming than N’s attempt to project the character that I am as something else was what I noticed in the police report. Again I cannot know what anyone was thinking but I will express my ideas as this is my forum to do so. When I read the police report I noticed that my ethnicity is listed as white. I cannot help but question whether this was done for statistical purposes. This is a great illustration of how little these dualistic labels of black and white mean. N tried to sensationalize the idea of blackness to imply certain criminality but with the flick of a pen my ethnicity was “white/non-hispanic”. Seriously makes one wonder what being black or white means. I have come to find it is a label applied by others that we accept because it makes things easier makes them run smoothly and lends to stereotyping in a snap. In most cases skin color is a factor but I have never met a black or white person only people who identify that way culturally and people who self identify at both ends come in all shades in reality.

I believe that when the police arrived and began to really analyze the situation they had walked into it was pretty clear that this wouldn’t go far. That the situation likely did not play out the way N said it had and that I was ready to and very capable of convincing a jury that her story was implausible. This would add to the number of “black” people arrested for what would turn out to be no reason that day week month or year. Who knows maybe a quota had been met or needed to be as I’m sure many know the police do work this way. This idea is inflamed in my mind by the awareness that state prosecutors do not like to look bad by pursuing charges that fail. The reality is these things are all tracked and data is compiled. I had a public defender as I was not in a position to hire council at the time and I was not going to burden my family financially for such a frivolous weak allegation. There was no proof to argue against and I knew this confidently but the thing is most don’t.

I saw how the fear that comes with legal trouble can make someone in my position into easy prey. The lawyer repeatedly offered me “deals” that would end the hassle and minimize the possible damage to my criminal record with the price being dollars and freedom. I made it clear that I was not interested in anything but being found not guilty or having it dismissed but still I was offered these “bargains” repeatedly. I was aware very early on that no one gave a shit whether I had done anything or not, once the hooks where in it was about profiting from my life. The public defender seemed completely impotent to do anything for me except give me advice which to be clear I greatly appreciated. I didn’t expect much anyway and very quickly began to see him simply as a middle man between me and a legal system that didn’t want to deal with me standing up for myself and making sense. It didn’t want me daring it to work the way it should and make N defend and prove her allegation. In the end she abandoned them after wasting time resources and man hours. She had manipulated the entire justice system into attacking me then left them with the burden of proof and nothing to show as such.

The cold hard reality is the public defender was not expected to defend me but facilitate a deal between me and the state of Massachusetts that would leave the system looking squeaky clean and unflawed. Knowing as well as I did that there was no case against me the “defender” was bringing me deals that required me admitting that there was sufficient evidence to convict me! Deals that would put me on probation and require me to attend anger management classes on my dime as if I needed lessons on managing rage. I do not imply that there is anything wrong with this when it is necessary but it wasn’t. If anything I needed lessons on managing my empathy, on keeping my distance from situations that don’t concern me personally. I was shown that the average citizen’s fear of the legal system is capitalized on regularly, I know because even I thought hard and wavered. The way things where presented to me I know many people such as those with prior records, with less faith in truth, those less articulate, those less educated and those who feel less acceptable to the gentry would have bit. I have no doubt now that this is done to people all the time. That there are many young people like me who have records now or are on probation or even in prison for things they did not do.

I share my story because it is important to me that this experience and the things I learned from it help others. With the recent wave of murderous violence perpetrated by police against civilians it is paramount that we value our own and each other’s lives. That we protect our safety and freedom by being smart calm and realistic when dealing with law enforcement and the justice system. The damage has been done you see because the system has succeeded in conditioning the average police officer to see themselves as separate from the rest of us as opposed to an extension. This is dangerous to melanated men but never be deluded for this is dangerous to all. It simply takes being labeled a criminal by the right entity for any life to become worthless in the eyes of law enforcement. They enforce mandates created by a government that could decide at any moment that any of our actions are against it’s laws. Actions like protest, being outside at certain times (e.g. Boston april 19 2013) or communally opting out (e.g. move 9). The US has the largest prison population on earth and this police force is one of the more militarized. Prisons are for profit and it’s populations produce much free labor. This is that new slavery and orange is indeed the new black. ♥♥♥

✩This is for my brother Kadeem. I do not pretend to know what role he played in his own incarceration only he knows surely what happened. We are all innocent and we are all guilty. He made youthful mistakes as we all do, raging against a society that labeled him delinquent from the beginning. Taken into the machine and away from our family with an unfinished education and the world at his fingertips. We eagerly await his return and I hope that no other family has to experience what we have.